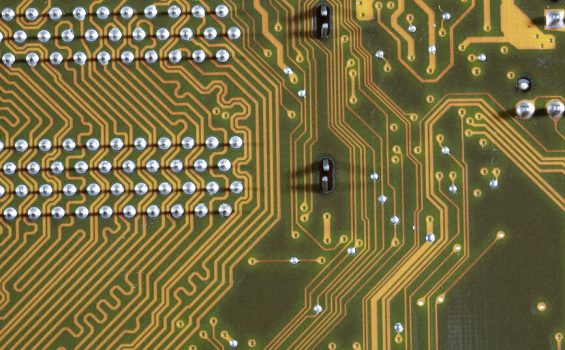 Move over, “Silicon” Valley, for there will soon be a new King in Town and that’s gallium arsenide! Just as San Fran’s Bay Area got dubbed the Silicon Valley because of the then cutting edge tech: silicon-chips, it might get renamed after POET technology’s cutting edge opto-electronic gallium arsenide wafers.

The Problem They Saw

The folks over at POET (Planar Opto-Electric Technology) saw there was a vast difference between computational speeds and communication speeds, creating inevitable (data) bottle necks.

So, the POET’s set out to change that and created an opto-electronic platform that enables optical integration at the wafer scale replacing copper. Their core invention is the new device that uses gallium arsenide as the substrate for the wafers instead of silicon. Gallium arsenide is a far more superior substrate for integrating optics onto the wafer. Because optical connections are faster and efficient than copper for transmitting data, the upside is faster speeds of data transfer and lower energy consumption. This unprecedented integration will make opto-electronics 10x faster, cheaper, smaller and energy efficient.

When their device hits the market, data centers would be the first in line for it. Data centers consume massive amounts of power, which translates to a whopping 50%-60% of their operating cost. POET’s ingenious platform will enable them to significantly lower their energy consumption, improve data speeds and their costs.

Considering they are still in the research and production phase, their survival depends on being able to connect with their investors, instantly. Not to mention be able to show their stake holders the progress they’re making. For this they needed a website that would let them do just, flawlessly. They approached IWD Canada to help them create a well rounded web solution with unlimited monthly updates. They needed a responsive website with a professional design, HTML development and a Live Streaming web channel to keep their stake holders well informed during POET’s events. For more information visit, www.poet-technologies.com.

Get a quote today! We want to get to know you.